Please click on each Keynote Speaker’s name above for their short biography and title of their talk: 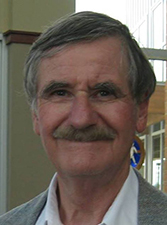 He is a member of several ANSI writing groups for criticality safety related standards and is a member of the Nuclear Criticality Safety Consensus Committee for the American National Standards Institute.

Relative Acceptable Societal Risks and Their Relevance to Nuclear Operations 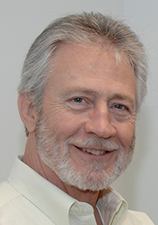 Mr. Calvin M. Hopper retired from the Oak Ridge National Laboratory (ORNL) in 2008 as a Distinguished Development and Design Engineer in the Radiation Transport and Criticality Group within the Nuclear Science and Technology Division.

Over the past 47 years, following his receipt of a B.S. in Physics from Southern Colorado State College, Hopper has held various technical, administrative and consulting positions within the Oak Ridge, Tennessee contractor facilities. In his continuing consultancies he has performed part-time on-going work for ORNL contracts to the US Department of Energy (DOE) and US Nuclear Regulatory Commission (NRC) [2008 – 2017], three years of consulting to the Oak Ridge Y-12 National Security Complex [2008 – 2011], and two years of support to the US Defense Nuclear Facility Safety Board as well as incidental support to the US DOE Nuclear Criticality Safety Program, and the Canadian Chalk River Repatriation of HEU to the US.

Throughout his career Hopper has provided both training and NCS analyses/evaluations consulting services to industries in the US and Canada. Additionally, he has provided educational services through the University of Tennessee – Nuclear Engineering Department graduate classes and Tennessee Industries Week programs and lectured for the US DOE Prevention of Significant Nuclear Events and Potential Safety Impacts of New Technologies on the Operation of DOE Nuclear Facilities. He is currently providing sporadic services to ORNL in the areas of NCS. Independently he has provided NCS program assessments and mentoring support to the US Defense Nuclear Facility Safety Board.

Dr. McLaughlin has been active in performing, analyzing and designing critical experiments, performing theoretical reactor safety analyses and conducting all aspects of criticality safety for 50 years. The last 40 have been focused almost exclusively in criticality safety, with 30-plus years at Los Alamos National Laboratory. Since his retirement from Los Alamos in 2004 he has consulted for the DOE and the NRC and many of their contractors and licensees. He has also consulted for Canadian and Australian research laboratories.

He has been active in providing training in criticality safety throughout his career. His work at Los Alamos included criticality safety responsibility for all US nuclear weapons of Los Alamos design and providing written guidance in manuals and training in-person training to members of the three military branches. He is a charter member of the DOE’s Criticality Safety Support Group. He has been active in ANS-8 Standards for over 30 years and was chair of ANS-8 for 20 of those.

A highlight of his career was reaching out to, and successfully interacting with, his Russian counterparts at various sites in Russia shortly after the fall of the Soviet Union in 1991. Throughout the 90’s he and co-workers at Los Alamos gathered, from personal interviews, undocumented accounts of both their process criticality accidents as well as their critical experiment accidents and published them in the report “A Review of Criticality Accidents” - 2000 Revision. After the Japanese criticality accident at Toki-Mura in 1999 he was selected as the criticality safety expert on the US government’s 3-person team providing immediate technical assistance to the Japanese government.